Kevin joined D.R. Nolans & Co in 1985 and then progressed to Partner and Principal of the Practice.  He has over 30 years’ experience in all types of construction works and has acquired extensive knowledge and specialism in works to historic buildings for the past 20 years.  He is determined to ensure that the high standards of the Practice are maintained in providing a service based on long experience and entirely devoted to the Client’s best interests.

As Principal of D.R. Nolans and Co, Kevin acts as the main point of contact for clients and ensures that the service provided by his practice meets their normal high standards.  Kevin also acts as Project Surveyor on some projects, but maintains a close and detailed involvement with all projects, specifically in the preparation of cost plans and tender documents and again at post contract stage to ensure that the client achieves a satisfactory financial outcome to the project.

Outside of work, Kevin is often found cycling and runs a local cycling racing club. He is also a long suffering supporter of Fulham Football Club and enjoys holidays, anywhere hot!

James’ experience involves attending client and team meetings, production of tender and contract documents, providing cost advice and guidance throughout all parts of a project. He is currently head of the Post Contract Department for the company. He also assists in the training and management of company trainees and is responsible for the companies International Standard Procedures and Compliance.

James is a hardworking and dedicated surveyor. He particularly enjoys the challenge of working on projects of a historic nature and the job variance that these sorts of projects provide. He is happy when working as part of a team aiming to provide the end user with best possible project.

James’ time outside of work is spent with family and friends. He has always enjoyed seeing new places and likes to travel when the opportunity arises. He is also interested in sports, having played football for many years and has more recently taken up golf as a major past time. James has a keen interest in charitable causes, in particular animal conservation and donates regularly to commendable causes. James started with D.R. Nolans & Co. in 2002.

Joining D.R. Nolans & Co in 2006, Brad is a committed and enthusiastic surveyor who enjoys working as part of the design team dedicated to the restoration and repair of historic and listed buildings. Brad’s role involves attending client and team meetings, production of tender and contract documents, providing cost advice and guidance throughout all parts of a project. He also assists in the training and management of company trainees. Having completed a degree in Quantity Surveying, he is currently working towards completing his Assessment of Professional Competence with the RICS.

Outside of work, Brad enjoys keeping fit and supporting his beloved Arsenal football team (most of the time). A keen sun worshipper, he is happiest when on the beach somewhere hot. When not on holiday, he spends his spare time socialising with friends and family, or checking out the latest releases at the cinema. Brad enjoys a challenge and is driven and committed to personal development and progression.

Hallam joined D.R. Nolans & Co. in 2016 straight out of school As a trainee, Hallam also is in his final year at university, with the aim of achieving a Bachelor of Science undergraduate degree. He then intends to work towards chartership with the RICS. As a trainee, Hallam currently acts as an assistant to other surveyors. However, he has since been named on a handful of projects over the past couple of years. Hallam considers himself to have been fortunate to work on projects based across Kent, Sussex, London and Cambridge.

Hallam is proud to work for an ever-increasing company. He is a determined employee that is always willing to go the extra mile, and is never afraid to learn something new. He takes pride in both being an effective team player as well as working solo whenever necessary. He enjoys working in a role where few days are the same, and is good at adapting to the situation at hand.

Hallam is constantly learning on the job and is appreciative of the on-hand experience he gets from everyone at the company. Having taken a keen interest in history at school, he looks forward to working with the fascinating historic buildings that D. R. Nolans & Co. regularly consult on.

Outside of work, Hallam is a keen follower of rugby and tries to see his favourite team, Harlequins, whenever he can. He also likes playing for his local hockey team as well as going to music concerts and just going out for a few drinks with a couple of friends.

Ashley joined D.R. Nolans & Co. in 2018. As a trainee surveyor, he assists with pre-contract aspects of projects including the preparation of tender documents and the analysis of tender returns in addition to producing cost plans. The core values that influence Ashley’s work are communication, determination, motivation and teamwork. He also makes an excellent cup of tea!

Outside of the office local non-league football is his passion. Being an avid supporter of Maidstone United F.C. for a number of years has allowed him to meet new and interesting people, as well as travel the country as far as Manchester following his team.

Ashley also enjoys going down the pub with friends for a few drinks and socialising at the weekend. He is looking forward to progressing his career at D.R.Nolans & Co., and being involved with many large and successful projects in the future.

As well as handling all the day-to-day office administrative duties, Hope ensures the office runs smoothly by answering telephone calls and emails so that the surveyors are free to focus on working for their clients. She also ensures the office has all the necessary supplies and is charged with co-ordinating the annual Christmas party.

Angela joined the team in early 2020 as Accounts & Finance Manager. She has years of administration, accounts and finance experience and has worked for large companies but more recently smaller family businesses, and has even run her own small cashmere business where she was involved with the end consumer as well as boutiques. She particularly loved the travel side of this business. She is a bit of a spreadsheet geek if the truth be known and likes to keep all aspects of the accounts department running smoothly.

Outside of work, she loves cooking, yoga, pilates, walks in the country and sunny holidays but most of all her family and 2 very naughty Westies.

James has a wealth of experience dealing with people and business, building and exceeding, through working with him. After years of working in the charitable sector James successfully moved into the recruitment sector where he developed a reputation for excellent sales figures, winning new business and for building great teams that would help companies find the top talent in the market and people find their dream careers. With a strong sales & marketing track record, James comes to D.R. Nolans & Co. to help us engage with the market place and our clients.

Personally, James is a devoted father of 3 children. He is an avid Stoke City fan. If you want some unknown facts about James then he is a published author of 2 books and he was privileged to carry the Olympic Torch.

Be warned. He has a strange northern accent.

Patsy and Stan and Moose

When not sleeping on the job, they can be found warmly greeting visitors to the office, and specialise in thorough daily inspections of employee lunches.

Bee joined the team in early 2021 as the Senior Administrator. She has a diverse background in administration, customer service and claims management. Specifically, managing a large high net worth portfolio of claims for a global loss adjuster and obtaining her Cert Cila qualification in the process.

As well as working for a global organisation, Bee has also gained valuable experience working for an independent business and the local government.

Outside of work, she enjoys going abroad, country pubs, live music and has a little Elkhound called Shadow.

Nolans commercial clients - about us

D.R. Nolans & Co. have long experience in all types of new build projects, alteration and repair projects and, for many years, conservation of important historic buildings.

Since 1928, we have had the best interests of building owners at our heart. As a result of this and our history of exceptional service, we have earned considerable respect within the industry. We benefit from an enviable client portfolio that generates significant quantities of repeat business and recommendations. For us, there is no greater endorsement of our work.

Our paramount mission is to safeguard our clients’ financial interests. We do not provide services for contracting firms or allow contractors to undertake any of the functions that are properly our duty under a contract. The close involvement of the Principal in every project is a policy of the firm.

We specialise in the conservation of important historic buildings, new build projects, and alteration and repair projects. We are regulated by the Royal Institute of Chartered Surveyors, and achieved ISO:9001 Quality Control accreditation in 2012.

Founded in 1928, D.R. Nolans & Co. have been proudly protecting our client’s financial interests for over 90 years. 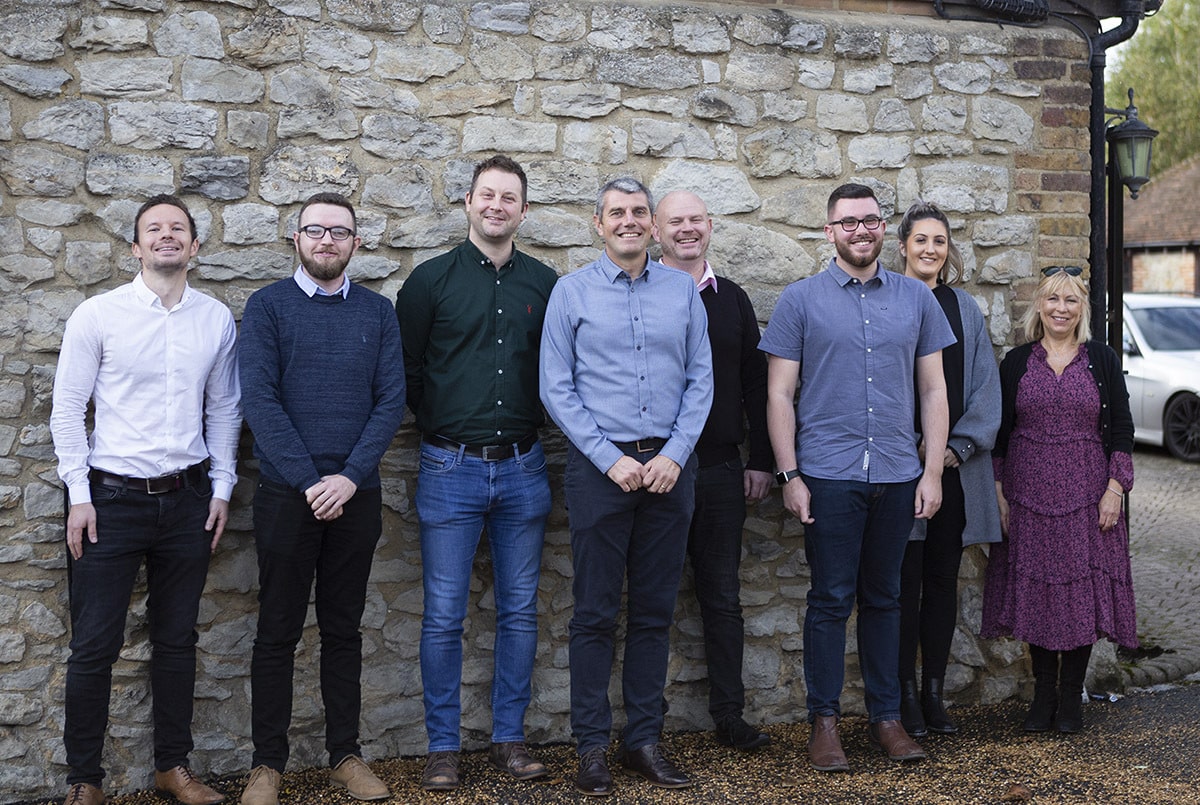 The firm remained in practice in both London and Maidstone up to and through the 1939 – 1945 War and thereafter until 1977 when the London Office was merged with Sydney Gordon and Partners as Sydney Gordon Nolans. The Maidstone office continued under the original title and has so remained until the present date.

We’d love to hear from you.